I am just getting around to writing about my great trip to “the old country” to celebrate Rosh Hashanah.

I got back on Tuesday, feeling kind of scrunched up from a lot of driving, and then thankful for Wednesday morning yoga, and got back in a car to go to Dana-Farber. Thursday I overslept for the first time in a long time. I woke up only a little before 9:30, which was tricky because I had to be at the Bay Road Tennis Club for my contract time at 10. It's not too far, so I made it, but I didn't get to stretch...or even fully wake up until a ball hit me in the left ear, somehow causing the opposite side of the frame to cause a little bruise behind my right ear. But anyway...

The trip included: services at the 92ndStreet Y, traditional post-service lunch at Three Guys Restaurant on 96th and Madison (the old neighborhood) with Katie, Ben and cousin Joanne; family dinner in Queens; hanging out in Brooklyn with Katie and discovering cool restaurants and new neighborhoods; getting rush tickets to see “Beautiful” ($40 orchestra seats) and wandering into my high school friend Amanda Church’s art exhibit in SoHo.

If the sun came out once, it was for a peek through the clouds. Every time we thought it had stopped raining, it seemed to still be drizzling. I went in my summer clothes and had to borrow a sweatshirt. I had a sore toe, brought on by hiking in shoes that don’t have as much give as the sneakers I usually wear. It is black and bruised and half-off, of great interest to me but understandably not that fascinating to others. When it happened before, it was my runners' badge of honor for going 10 miles. Now, unfortunately, it's just for being careless.

It slowed me down, somewhat. Still, what with walking here and there and up and down subway stairs, we put in our 10,000 steps most days.

Having left home a little later than I planned last Saturday (who, me?) I drove down to Stamford, thinking that would be faster than parking in New Haven and taking the train from there. (You have to walk quite a ways in the station, and Stamford is more manageable). It probably wasn’t faster. Several bad accidents backed up the Merritt Parkway.

I had an adventure after leaving Grand Central, when I found out that one of the trains that Katie had told me to take wasn’t running. A guardian angel (even older than I am, an RN from Jamaica) told me to follow her, "at no cost." We got onto an alternative train, which meant I got off at a different stop in Brooklyn than planned.

I packed light, but by this point my little purple suitcase felt heavy. Up the stairs I trudged, coming up onto the street into the midst of a flock of black-clad men celebrating the end of the Sabbath. It was the Lubavitch World Headquarters. Who knew? Katie did when she walked down from the other direction and motioned me to come across the street.

It was late and we were hungry. We went to a nearby Indian restaurant. I was surprised at how well it sat with me. (When we newspaper peeps ate down the street at Sitar, I could only eat one dish that didn’t bother me.)

The only other diners occupied a long table behind us. It was a 60thbirthday celebration, festive and loud. We didn’t mind, though, because it was entertaining to watch them. We sang happy birthday along with them, and they gave us each a piece of delicious, moist, chocolate cake. (Nutritional consultant, I hope you’re not reading this.)

I told Katie that it might have taken less time to go visit her in Minnesota!

On Sunday we went up to the art gallery and then further up to Broadway to seek out our rush tickets. My little theater guide (not so little, actually maybe taller than I am) did it again. I never knew from rush tickets. But now I do. The same-day, discounted tickets are not always available. We lucked out.

I had been a doubter about “Beautiful.” I thought it would be a too-nostalgic trip down memory lane. But I was wrong, and I was surprised, both by the story of how Carole King grew up in Brooklyn as Carole Klein and became Carole King when she sold her first song at the age of 16. I had no idea that she had written for so many groups. The story of her breaking out and singing her own songs – gasp – was interesting in that it would be taken for granted today.

And it was a treat (and a surprise) to see the role played and beautifully sung by Abby Mueller, sister of Jessie Mueller, who originated the role.

Monday we went to meet Ben. We got off at 86thstreet and picked him up at Starbucks, then walked to the Y with him. From playing on the roof as a kindergartener there to going to services with my parents, I have many memories of time spent there.

We like the rabbi, Elka Abrahamson, who combines a light touch with reverence for the holiday, the celebration of the new year, 5779. Some of us like the cantor more than others. It is controversial to some because he is a cantorial soloist, not a “real” cantor. The sound has changed since the days of my youth, from the choir, with an organ, to a band, with a combination of rock and klezmer sound.

I miss some of the traditional, more somber, singing, but in a way it’s better, because especially in the first year after my father died, the music made me sob into my prayer book.

And while I have to admit to occasionally nodding off in the past, and being rescued with help from those little candies my mother carried in her coat pockets and purses,  I never once felt sleepy.

I would have lingered over honey cake and challah, but we needed to keep moving. So it was on to Three Guys, then out to Queens via subway, then taking an Uber back to Brooklyn because it was more direct than the train.

The next morning, after bagels with Katie, I got back on the Metro North train for the first leg of my trip home. At this point I was tired and wished I had a longer train ride and a shorter drive home. But I had one-third on the train and two-thirds in the car.

Fatigue might account for the moment when I burst into tears after finding out that I had accidentally parked in an executive garage, not the public garage, and that the cost of parking was more $110, much more than the public garage, which I had tried unsuccessfully to enter. 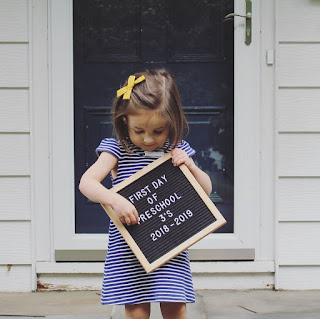 It was an easy mistake (at least, if you’re me) since they are side by side, and when I was slowing down to find the entrance to the public garage, drivers behind me were so ferociously honking that I took the first garage entrance I saw.

Maybe these were held-back tears from missing my parents so much during the holiday observances. I know I’m not alone. Holidays can do that to you. I doubt I'll ever experience anything as beautiful as  my mother's holiday dinners.

It’s always hard for me to leave New York, and top of that, even harder now because it involves leaving our newly minted Brooklynite. So I lollygagged, and by the time I got back home, it was dark. It seemed like it took a long time to get back, but not enough time to count all my blessings. These included having been on this planet to see the cutest set of first-day-of school photos ever, in my opinion, at least.
Posted by Ronni Gordon at 6:39 PM

i want to tell you my testimony of how i was cured of CANCER by Dr. OSE
i had been affected by this illness for the past 3 years and i had been up
to many hospitals and clinics i even tried a surgical procedure but it
yielded no results so i heard of DR OSE from friend who has been
helped by him and i decided to try him out although i was afraid of
scam but i know all men are not the same and i tried his herbal medicine
to my greatest surprise he was able to cure me within 2 weeks and then
i had my health back and i want to refer you to him through this contacts
PHONE NUMBER: +2348144885194
EMAIL ADDRESS: dr.oseherbalspellhome@gmail.com
and then he also has medicine
for the following illnesses
*HIV1/2
*SYPHILIS
*LOW SPERM COUNT
*STROKE
*CANCER