Of bad dreams and an approaching birthday 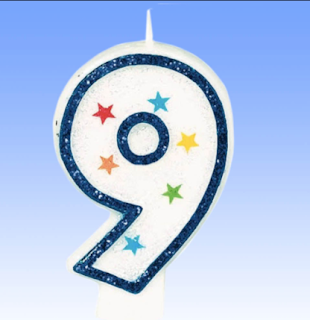 I dreamt that I went to the eye doctor and found out my vision was bad. Not only that, the visit extended into a full check up in which something turned out to be very wrong. The doctor said I didn't look as good as I used to and asked if I was eating well. He said I should think consider changing my diet.

You can take this kind of dream literally, as in, I need to make an eye appointment and it is on my mind; or symbolically, as in, I am having trouble seeing some things in my life clearly, or, regarding the part about not being as well as I thought, anxiety about the approaching anniversary of my fourth bone marrow transplant, or my re-birthday.

I haven't had checkup anxiety for a long time, but my next appointment is on my mind because I have to keep moving it. First it was because of bad weather and now it is because next Wednesday I'm scheduled to sub in the Valley Opportunity Council's adult education program, which I have done the past two days.

On to another topic, I have made a mistake about my birthday.

That is, my re-birthday, the anniversary of my fourth transplant.

A day does not a big difference make, but still, it's important to know.

A birthday can be a time to pause and reflect. A transplant birthday is loaded.

Although I think I'm doing pretty well, on some level I'm concerned that a doctor will examine me and find something. Beneath the surface lurks the fear that since the same truck hit me four times, it can hit me again. Hence the nightmare.

Though past the magic five-year cure marker, it's probably safe to join members of the general public who say that they will be a certain age and not that they expect to be that age.

Posted by Ronni Gordon at 1:11 PM No comments: Links to this post

Missing, and appreciating, my mother on her birthday 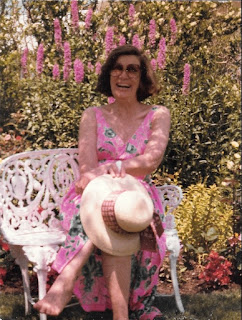 Her books are mostly about early loss, but her words ring true for me, and I assume for many, who lose their mothers at any age. I think that if I lost my mother tragically or early, instead of when she was in her 80s and not sick for very long,  the pangs would be worse. But the words "good long life" only get you so far when you really want your mother back.

When I had both of my parents and a friend had lost her father and I couldn't imagine living without them, I asked what it was like. She said that in the beginning it is like being kicked in the gut; you never get over it, but the intense pain goes away. She was right. 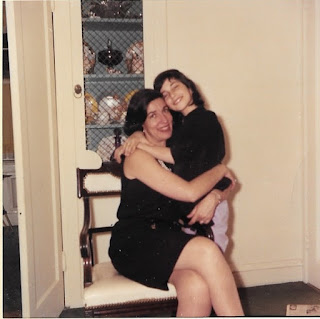 I like to believe my parents are around, that the quarters I find here and there are sent from my mother so that I can have them for parking meters. I imagine her saying, "Al, can you get a quarter for Ronni," and he passes it to her and she drops it down for me.

Shortly after her death, she came to me in a dream and said, "I'm going on a long trip and can't talk to you but I will be OK." We were in our tiny kitchen in our New York apartment.

I am OK too, but on special occasions I want her actually with me. Occasions like today, which is her birthday.

It's hard to believe she has been gone since 2006.

In addition to being beautiful inside and out (the nurses called her Jackie O.) and making everything beautiful and being the person who took care of others and who many with a problem wanted to call, and being an artist who could have had her work in galleries if she wanted to, and being a successful businesswoman who designed fashionable gorgeoso (her word) jewelry, she had a great sense of humor and was good at having fun. On the downside, she gave me her worry gene. On the upside, she practiced mindfulness before it was called that, designing her garden in her mind when she had 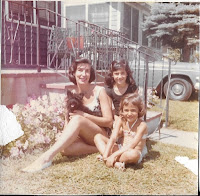 She had beautiful handwriting and set a lovely table.

I often wonder why I survived the crazy things that happened to me, and maybe part of it was the endorphins she created by making me laugh. I’m sure her light touch helped Ben, Joe and Katie also. She drew cartoons on the board in my room, such as a monkey, hanging from a tree, saying, "Hey, hey, what do you say, chemo's gonna be done today."

When we walked down The Pike, the long connecting corridor at Brigham and Women’s Hospital, we stopped in the nice weather at the entrance that she dubbed The Riviera because of the trees and flowering plants. We each got in a wheelchair, had a Coke, and watched the passers-by as though we were in a café. One day I told my mother and the nurse that I thought I would stick around in my room and throw up. The nurse got me a Coke. With the nurse’s and my mother’s encouragement, I got up and out. When the nurses did their platelet dance – flapping their arms to make me get a bump – my mother jumped around with them. When I cried, she said, "It's OK to cry."

My sister has pointed out that as hard as it was to lose her, it was good that she wasn’t around for the relapse in 2007. Not to mention (which I just did) the three subsequent transplants, the coma, the nearly 3½ months in the hospital, and the long recovery.

The timing of my diagnosis, about a year after my father’s death, was difficult, but after the shock wore off, it gave her a focus. When it was all over, we said to each other that, oddly, during some of it we had fun. Not so much on nights like when I had a 105-degree fever, but she appreciated how a nurse called her every hour to tell I was wrapped in cold towels and would be OK. She knew when to stay and when to go, finding a waiting room with a comfortable purple chair and going there when she could see I needed to rest. She got a kick out of watching me, while connected to an IV pole, ride a bike in my room. In the end it seemed like it had given us special time together. 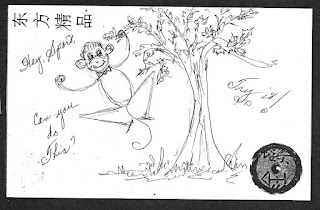 She saw me healthy, going to New York for play dates with her. (As in, seeing plays, often with her beloved grandchildren, but also playing.)

She didn’t have to absorb the second shock of seeing me relapse. Also, her last two years, she grew increasingly unsteady. (In true form, she decorated her cane with jewels.) It would have been hard for her to stay at Diane and David's like she did during my first round of treatment starting in April 2003, to go up and down stairs, back and forth to the hospital and then back and forth from New York, and when I was home, back and forth from NYC to South Hadley.

Today I have two appointments, a recently scheduled dermatology check to look at a spot on the back of my neck and some thingies on my scalp.

I have one ride to the dermatologist’s office in Chestnut Hill, then a ride in the Boston area, officially called The Ride, not to be confused with the other rides I get within the state, to take me to Dana-Farber for ECP, then another ride back home.