Long day with lots of talk and little action 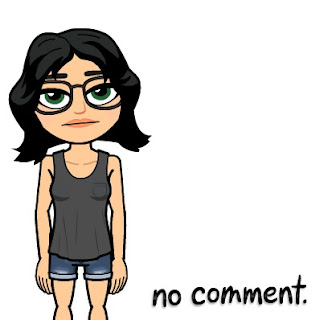 I skipped tennis because I had to schedule two appointments for today. But only one happened, so I could have gone to tennis after all.

The driver was 15 minutes late. He called to say there was no 32, but I assured him that there was. I went down to the foot of the driveway, saw him driving past, and told him to turn around.

I couldn't be upset with him, though. He was like one of our tennis friends who used to show up late, or not show at all, when we played in Forest Park before going to work at The Republican. He would flash a grin and say he was sorry and we would forgive him.

My driver was super polite and actually very nice. He also talked. A lot. He asked if it was OK if he stopped at Cumberland Farms — he had driven to South Hadley from Boston — and when he went in for coffee and milk chocolate he asked if I wanted anything. I said no thanks, and he asked, "Are you sure?"

He was glad to be in Massachusetts because he is in the National Guard and just got back from training in sweltering hot Louisiana. He is from Chelyabinsk, the Russian town that he said nobody ever heard of until a meteor exploded over it in 2003. He was living in the U.S. at the time. His grandfather was convinced that the Americans were attacking and ran out of the house in his underwear to find a bomb shelter. His grandmother was so angry she locked has grandfather out.

He is just doing the driving for the rest of the summer to help out the friend who runs the company until he starts school next month at UMass Lowell, where he is going to study engineering. He asked if I minded if he turned on NPR. I thought that was a good idea.

So, as I said, I wasn't angry at him but I was upset when I called the endocrinologist's office, where I had a 10:40 a.m. appointment, and said I would be late. In addition to leaving late, we ran into line painting. The person on the phone said that if I was more than 15 minutes late I would have to rebook. I emailed Melissa. I never worry when I email her because I can always count on her to get back to me as soon as she can. It looked like I would be 25 minutes late.

Melissa emailed right back. She said she called and spoke to the doctor directly. She told her that my next appointment wasn't until 3 p.m. and that I would wait until she was able to get me in. The doctor said no. Melissa is going to find me another doctor... I said I hoped my bones didn't crumble by then.

Dr. Alyea wants an endocrinologist to weigh in on the condition of my bones to see if they need to add any new medication to counteract the prednisone, which I need to continue due to my GVHD.  Prednisone can increase the risk of osteoporosis.

I got to Dana-Farber four hours early. I thought of walking down to the Museum of Fine Arts but I never made it because I was tired from staying up late to watch The Olympics and do whatever I do that keeps me up late. I fell asleep in a chair. Then I decided to walk over to The Brigham to have lunch at Au Bon Pain. They could take me a little early at the Kraft Blood Donor Center so I went there at 2:30 instead of 3.

On the way back, my friend the driver started the conversation in an interesting way.

He said he is dating a beautiful woman who said she always dreamed of having a beauty mark on her face a la Marilyn Monroe. He wanted to know what I thought she would think if he mailed her a fake beauty mark with a note that he wanted her dream to come true. I said I didn't know. He has been  married for five years and isn't divorced yet and isn't sure it's healthy to be going out right now because people say you might not be ready. His friend's girlfriend came on to him. This made him uncomfortable. He asked what I thought and I said I agreed it was a bad idea.

He has been told he has a phenomenal intelligence. He has also been told that he has high serotonin levels. This gives him a natural high much of the time. This has something to do with why he frequently gets goose bumps. He told his mother, who is still in Russia. She agreed it is strange. He came up with a good stretch that you can do while sitting. You press down on your thighs with your hands and that straightens your back. But you have to do it right. He loved all the trees approaching my house. But why do I need that house? I should move to Brookline.

I am exhausted from listening so much and from sitting around all day. It is not the good kind of tired you get from exercising. I would have been less tired if I had gone to tennis for three hours.
Posted by Ronni Gordon at 7:16 PM